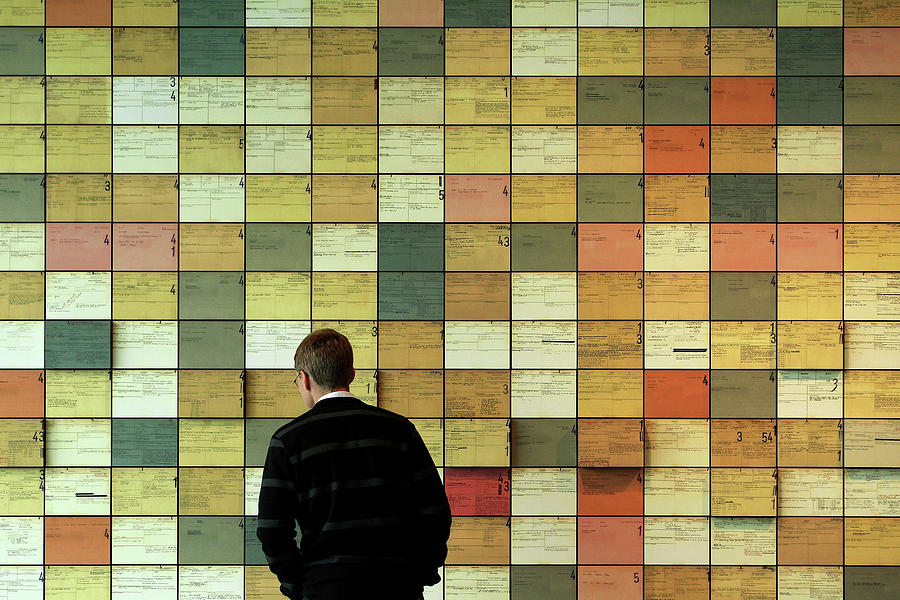 BERLIN - MAY 06: A visitor looks at an exhibit of index cards from the post-World War II investigation of members of the Reich Security Main Office (RSHA), one of the main security orgainzations of the Nazis and led by Heinrich Himmler, at the Topography of Terror documentation center and museum on May 6, 2010 in Berlin, Germany. The center, which stands on the site of the former Gestapo and SS headquarters building, documents the role of the Gestapo, the SS and other instruments of terror of the Nazis with exhibition spaces, a library, events and a special scholars' archive. The Topography of Terror center is scheduled to officially open with an official ceremony later today. (Photo by Sean Gallup/Getty Images)